A general many-many mapping (association) between two kinds of things

Given a support threshold s, sets of items that appear in at least s baskets are called frequent itemsets 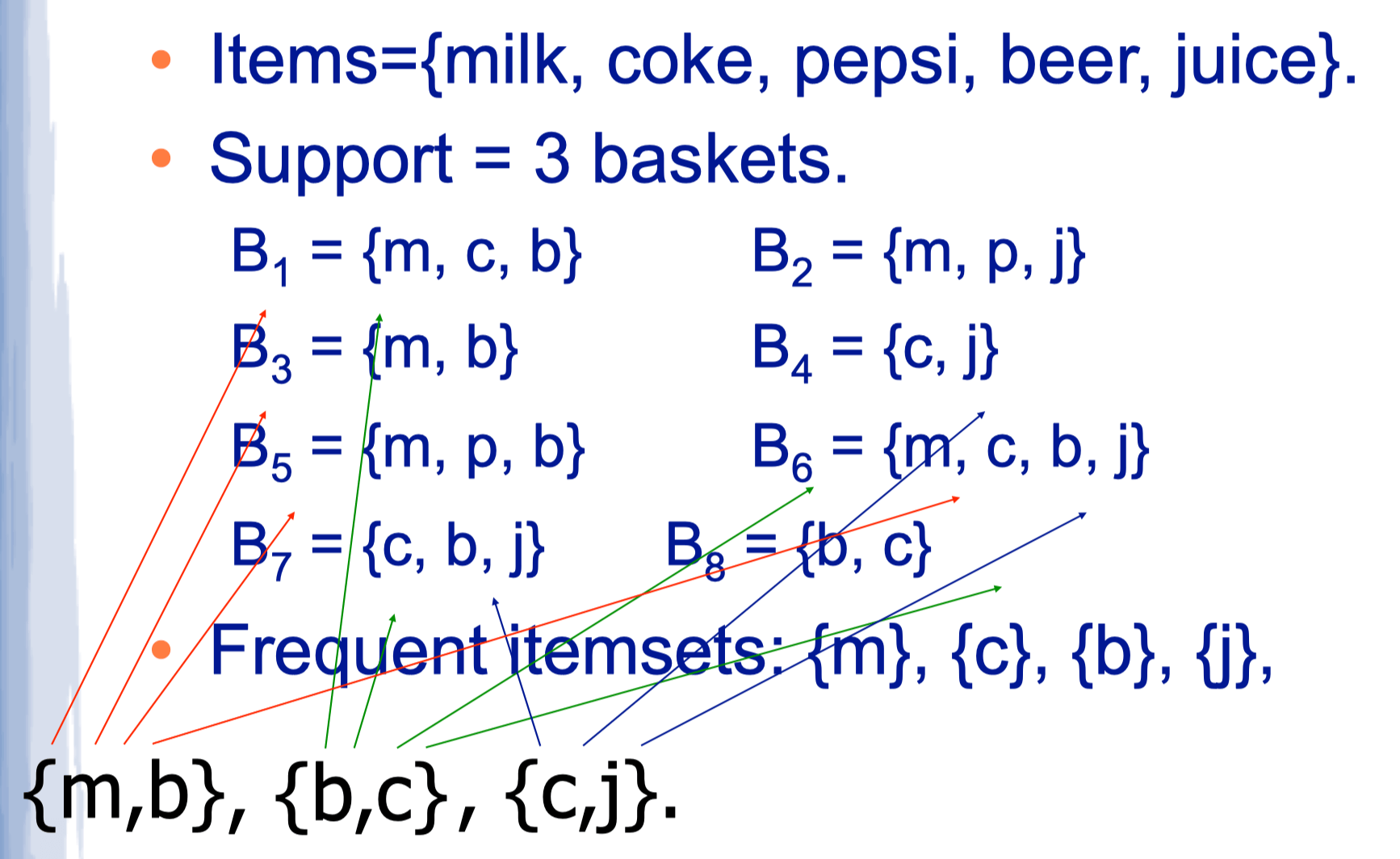 For any sets of items I and any set of items J, it holds that

If-then rules I → j about the contents of baskets, I is a set of items and j is an item

The probability of j given I 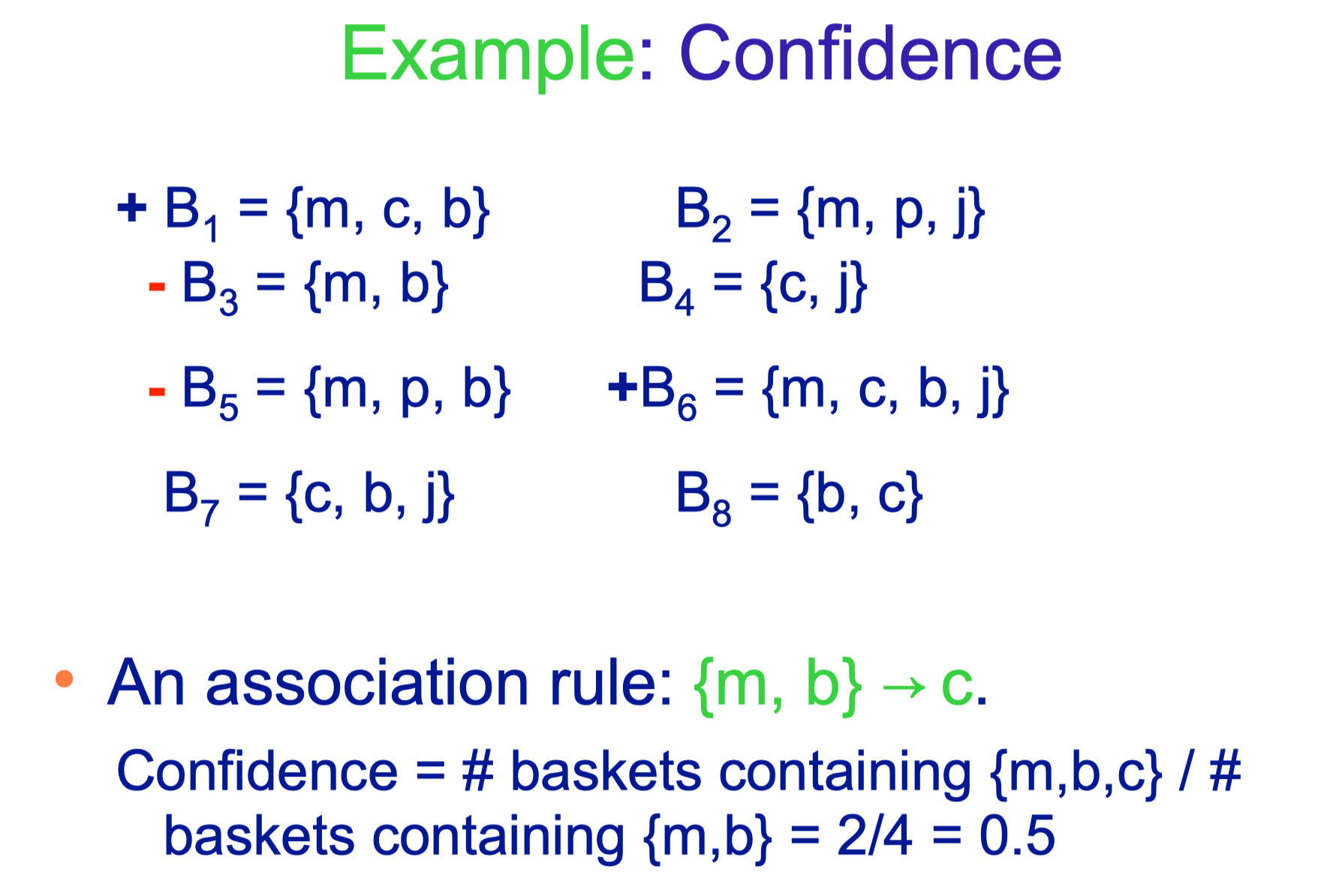 find all association rules with support ≥ s and confidence ≥ c 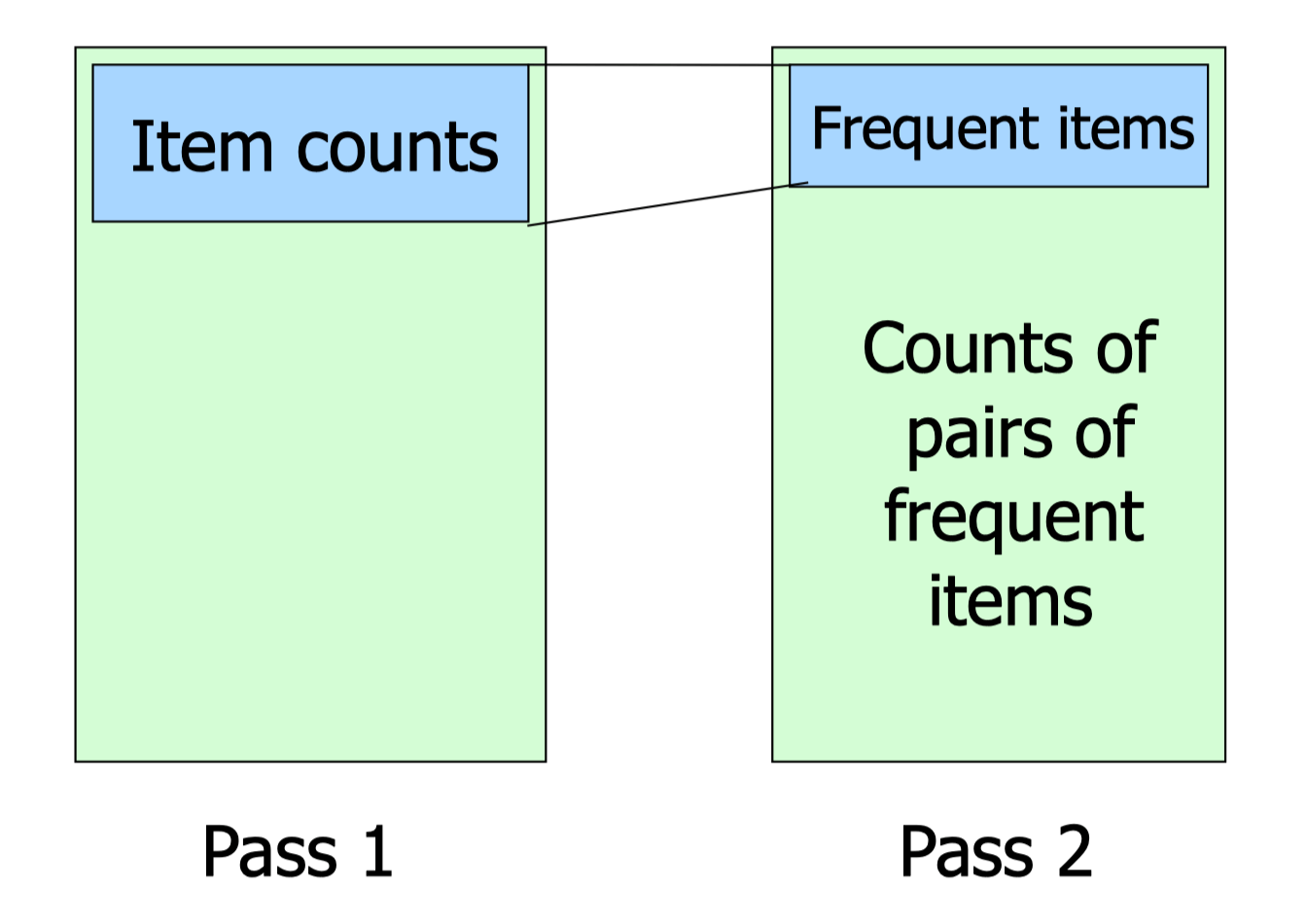 Blockchain Developer, MSc Graduate in ECIC(Electronic Commerce and Internet Computing) @ The University of Hong Kong (HKU). Love to learn and build things. Follow me on GitHub